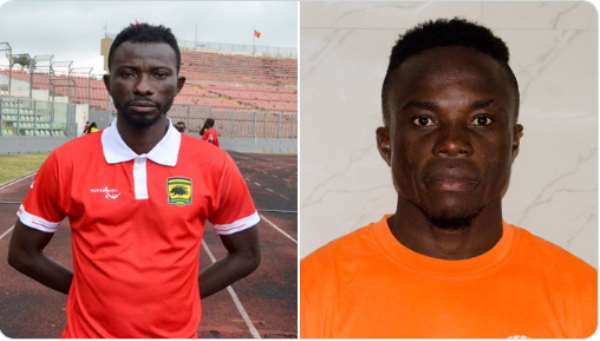 The Confederation of Africa Football [CAF] have cleared Asante Kotoko duo, Augustine Okrah and Jordan Opoku to feature in the 2019/20 Caf Champions League.

The pair missed Kano Pillars tie after their late inclusion to Kotoko’s updated 29-man squad failed to receive the approval of the Confederation of African Football (Caf).

According to reports, the Reds sought clarifications on the status of the two creative midfielders after eliminating Pillars on 4:3 on aggregate.

With less than a month to host Tunisian side Étoile Sportive du Sahel in the first of the group stage playoffs, the Porcupine Warriors have been handed a massive boost as Caf inter-club competition committee included the names of both Okrah and Opoku among eligible players for the Kumasi encounter.

Okrah returned to Kotoko this summer after sojourns in Sudan, Egypt and India while Opoku has been in the team over the past few seasons and played a key role in the team’s qualification to the Champions League.

Kotoko will welcome Étoile du Sahel to the Baba Yara Stadium in Kumasi on September 15 before heading for Sousse for the second leg a fortnight later.

The loser of this tie on aggregate drops to the Caf Confederation Cup group stage playoffs.