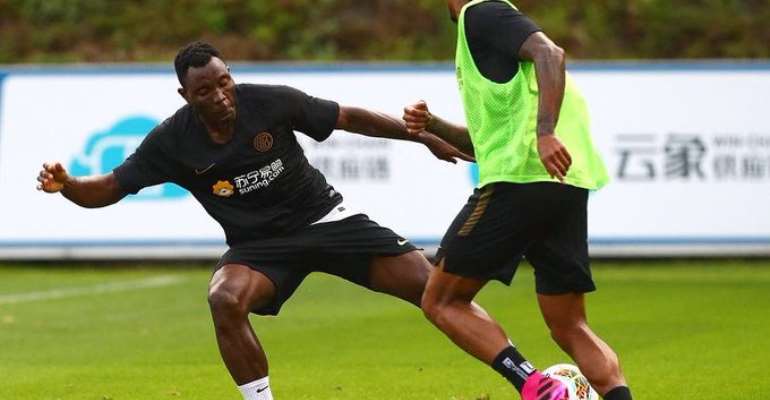 The former Barcelona forward returned to the Serie A from Manchester United on loan after failing to impress following his swap deal from Arsenal.

Sanchez has not yet had a lengthy chat with the deputy Black Stars skipper but speaks highly of him as somebody who comes along a nice person.

“(Kwadwo) Asamoah is a good lad. He didn't say much but I've found him chattier! He's a nice guy and I'm pleased he's doing well," he said of the Ghanaian.

The Chilean is on a season-long loan to the Nerazzurri and said he was happy to have reunited with some old pals at the San Siro.

Manchester United compatriot, Romelu Lukaku and Antonio Candreva whom they played together at Udinese have reunited at Inter Milan.

Sanchez said his motive was to do well and help the club win trophies and believes with team spirit that could be achieved.

“I want to do well and want to win trophies here. We have to fight for silverware. The key thing is team spirit as that makes the difference.

“If we're all united then we can win lots of trophies." he added.