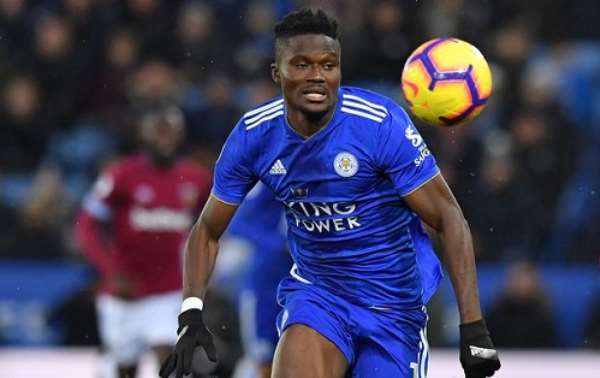 Leicester City have named Daniel Amartey in their 25-man squad for the season despite not playing any part in the club’s Premier League campaign this season.

The Ghana centre back was linked to Fulham and Sheffield United during the summer transfer over lack of playing time.

The 25-year-old who suffered a sickening injury last season against West Ham following an innocuous challenge with Michail Antonio has not made it to the bench of manager, Brendan Rodgers team this term.

Amartey's inclusion in the 25-man squad would come as a relieve to the player who is looking for an opportunity to return to active play having fully recovered from the injury that saw him out of the pitch for about eight months.

Midfielder Matty James who is down with Achilles problem has missed the 25-man squad, James Justin, Bartosz Kapustka, Wales international George Thomas and captain of the club’s Under-23 side Raul Uche all missed the final list.

Amartey missed the Africa Cup of Nations due to an injury he suffered last term.