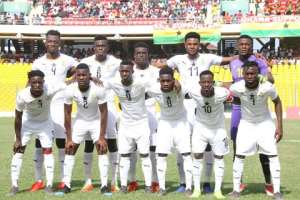 Ghana is determined to beat Algeria to qualify for the next stage of the 2019 Africa U23 Cup of Nations (Afcon) in Egypt which is the qualifier to the 2020 Olympic Games in Tokyo, Japan.

Skipper Yaw Yeboah, who plays for Spanish side Celta Vigo who leads the team says they are ready.

The Black Meteors are set to host the North Africans in the first leg of the final-round qualifier on Friday, four days to the return fixture in Algeria.

The winners will join six other teams and the hosts for the final tournament between November 8 and 22.

“We are ready for the game. All the players invited into the team are ready to play and compete and it doesn’t matter who is coming from somewhere," Yeboah told the media.

“Most of the foreign-based players are coming. The game is very important to us and we have to take our chances. We are going to work hard and get the goals. The target is to win both legs and qualify for the tournament" he expressed.

The U23 Afcon will serve as qualifiers for next year's Tokyo Olympic Games in Japan, with the top three teams in Egypt set to represent Africa at the global showpiece.

Ghana are seeking a historic first qualification for the continental gathering since its inception in 2011 and a first appearance at the Olympics since Athens 2004.