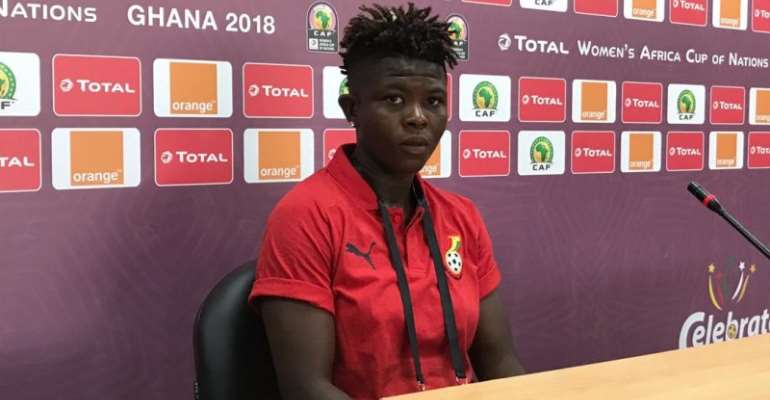 Midfielder for the Black Queens of Ghana, Priscilla Okyere has assured that the team will work on their finishing before they face Kenya in the next qualifying round to the Tokyo 2020 Olympic Games.

The female national team of the West African country has successfully progressed to the second phase of the qualifiers after posting a 5-0 aggregate win over the female team of Gabon.

Though Ghana showed quality to beat her opponent 3-0 in Libreville, they struggled before finding the back of the net when they hosted them at the Accra Sports Stadium on Tuesday.

Speaking in a post-match interview after recording a 2-0 win against Gabon, Black Queens midfield enforcer Priscilla Okyere has explained that complacency did not cause their inefficiency in front of goal.

“We were not complacent because we went into the game to score and win. But if you look at today’s match, football you can create chances but you will score some and miss some”, she said.

The exciting player further shared that the team will work on their finishing before they go into the two-legged encounter with Kenya.

“I will say we didn’t intentionally miss the chances that came our way. What happened has happened so we will prepare well at training to polish our finishing for the Kenya match to ensure we are able to score when we meet them”, Okyere shared.