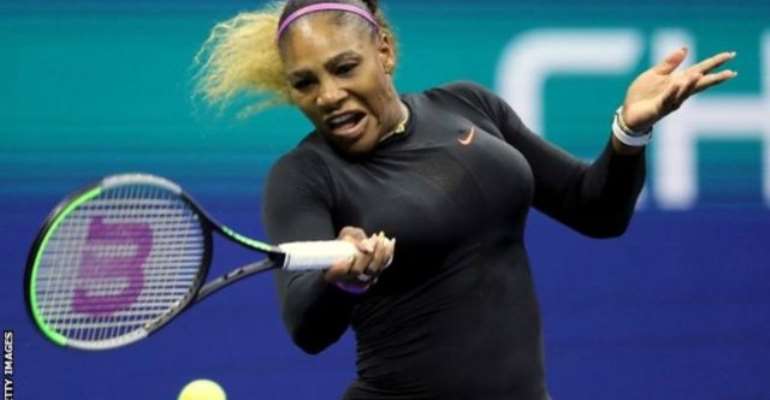 Serena Williams underlined her tag as the favourite for the US Open with a brutal quarter-final win over China's Wang Qiang in just 44 minutes.

She will face Ukraine's fifth seed Elina Svitolina, who beat Britain's Johanna Konta, in the semi-finals.

"When I play someone who is playing well I have to step up or go home and I'm not ready to go," said Williams, who earned her 100th singles win at the US Open.

"I knew I needed to come out tonight and play well. I'm feeling good, had a really tough year and I'm still here.

"Physically I'm feeling great and more importantly I'm having fun every time I come out here."

Six-time US Open champion Williams has not won a Grand Slam title since returning from giving birth to daughter Olympia in September 2017.

She has fallen short of moving level with Australian Margaret Court's all-time tally with defeats in the past two Wimbledon finals and last year's US Open showpiece.

Here she has moved serenely through the draw, steamrolling past three of her opponents - including old rival Maria Sharapova - in straight sets.

American 17-year-old Caty McNally is the only player to have tested Williams, trying to push her illustrious opponent around the court in a bid to expose her perceived lack of movement.

And that will be the tactic likely to be adopted by Svitolina, whose relentless returning is the hallmark of her game.

Williams never had that problem against Wang, keeping the points short with her thunderous serves and booming groundstrokes.

Williams dropped just seven points as she raced into a 5-0 lead, Wang avoiding the bagel with a hard-earned hold before another forehand winner from the American clinched the opener in 23 minutes.

Williams won 26 of the first-set points compared to 11 by her opponent, cracking 12 winners and winning 92% of the points when she landed her first serve.

Wang, who had not dropped a set on her way to the last eight, looked completed shell-shocked as she continued to be pummelled by a ruthless Williams in the second set.

The winners continued to flow from the American's racquet as she did bagel Wang at the second attempt, sealing the shortest completed win of the tournament with another sizzling cross-court forehand.

Wang won just four points in the second set and ended the match without hitting a single winner.