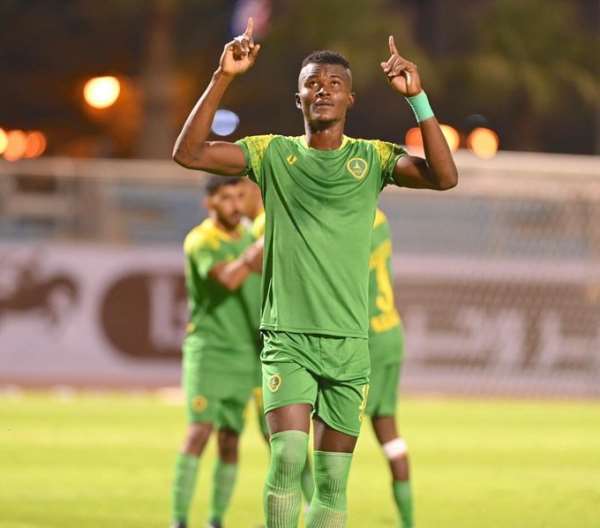 Former Liberty Professionals captain, Samuel Sarfo enjoyed a good day at the office on Tuesday when he netted a brace to steer his Al Khaleej side to a resounding 3-1 victory over Al Jabalain in the Saudi Pro League.

The Ghanaian completed a move to the club this summer to boost their squad as they target clinching the Saudi League title at the end of the ongoing 2019/2020 season.

Having drawn their first two matches of the season, Al Khaleej went into Tuesday’s match with the sole aim of amassing their first three points of the campaign.

The team successfully got the job done with a brace from Samuel Sarfo and a 10th-minute equalizer from Ulrich Kapolongo. Sarfo’s goals were all headers he connected to from the corner kick.

Though Al Jabalain pulled one back in the dying minutes of the match, it was not enough as Al Khaleej cruised to an emphatic win.

The triumph gives Sarfo and his teammates their first win of the season. They will now be hoping to build on that to ensure they pick up maximum points in their subsequent matches.