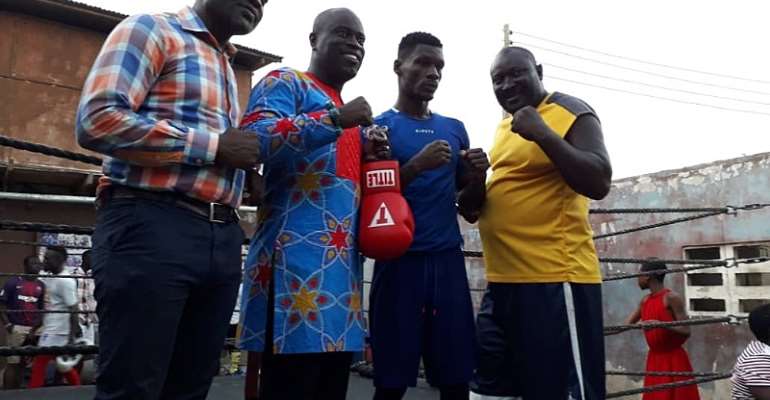 His WBO world title bout takes place on 14th September 2019 in the United States of America.

Patrick Allotey aka ‘Sharp Arrow’ is in top shape and he says he is ready to go.

He endured a gruelling camp which has put him in what he calls, “the best shape of his career”.

He thanked head coach, Charles Quartey for getting him ready and also the boxers who gave him good sparring rounds.

“We wish him the best of luck and pray fervently for him to come out the victor,” said Charles Quartey, who is known to be one of Ghana best boxing trainers.