TOKYO 2020: Black Queens Beat Gabon 5-0 On Aggregate To Qualify For Third Round 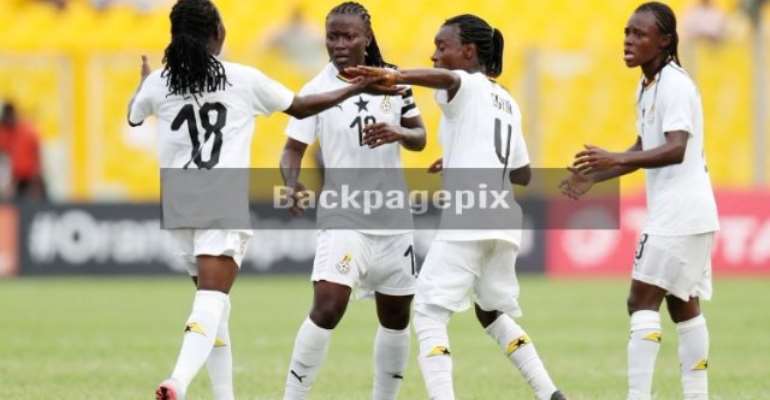 Ghana are through to the third round of Tokyo 2020 Olympic Games qualifiers after a 5-0 aggregate victory over Gabon.

Following their 3-0 first-leg win in Libreville, Black Queens produced another impressive showing in the second leg in Accra on Tuesday to beat their Gabonese counterparts 2-0.

Coach Mercy Tagoe’s side took the lead in the 16th minute with a well-taken strike by Portia Boakye.

The second goal arrived in the second half courtesy Juliet Acheampong, who scored from 35 yards out with the goalkeeper off her line.

The Black Queens have a date with the winner of Malawi-Kenya clash in the third round of the qualifiers.

Only the ultimate champions of the qualifiers at the end of the fifth round are guaranteed a place at the Olympics.

The runners-up will have a playoff showdown with the second-placed nation from South America.

At the last Olympics in Rio de Janeiro, Brazil, Africa was represented by South Africa and Zimbabwe.

Ghana are chasing their first-ever qualification for the global showpiece.

‘Now thank we all our God’ – Domelevo sings hours after forc...
15 minutes ago