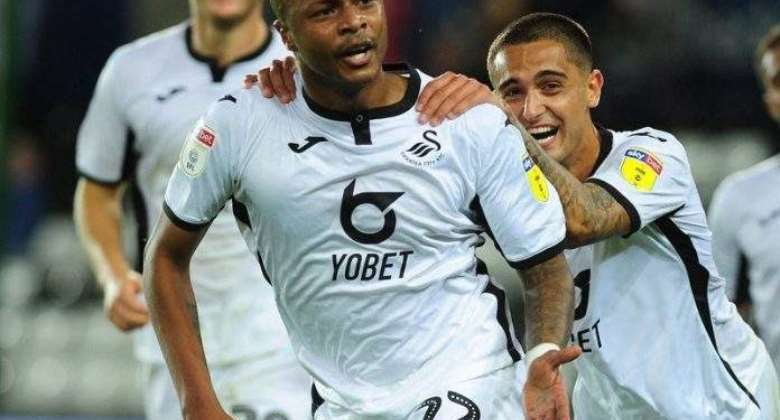 Swansea City Chairman Trevor Birch has expressed delight over Ghanaian international Andre Dede Ayew’s decision to stay at the club at the end of the summer transfer window.

The attacker had been linked with a move away from the club when he joined his teammates after a long Africa Cup of Nations (AFCON) break.

Notwithstanding the huge interest in his services, the Black Stars captain decided to stay with the Swans for the ongoing campaign.

Through a statement to address fans of the championship side, Swansea chairman Trevor Birch has indicated that to have Ayew and Borja Baston at the club at the end of the European transfer window is great.

“The two unexpected bonuses have been Borja Baston and Andre Ayew. To see them still part of our squad when the European transfer window closed last night was great news for everyone associated with the club”, he said.

He added, “That last sentence is not one I thought I would be writing! But as we know, football is a funny old game and there are many twists and turns along the way and you must be flexible to adapt to the changing circumstances”.

Ayew and Baston are expected to be key for the Swans in the remainder of the season as they continue their pursuit of qualification to the English Premier League side at the end of the season.