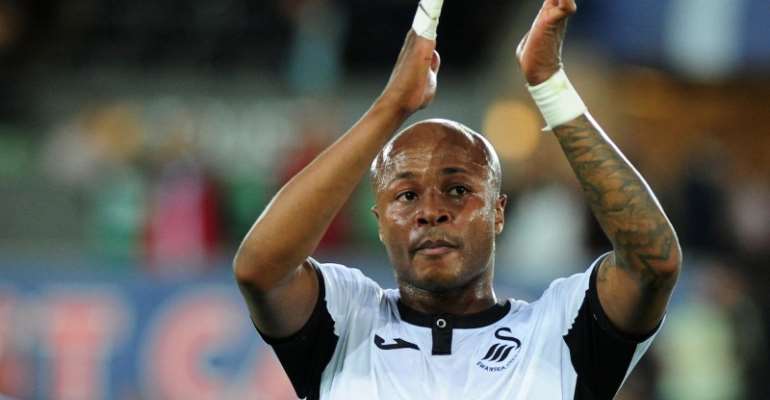 Andre Ayew has emerged as the highest-paid player in the Sky Bet Championship according to Footballghana.com .

According to reports, the Ghana captain is pocketing a whooping amount of £180,000.00.

During the summer transfer, the Swans were eager to ship out the former Marseille forward out to cut down their wages after returning to the club Fernbache.

Ayew spent last season with the Turkish side after Swansea City suffered relegation to the Championship.

He returned to the Liberty Stadium for club-record £20m fee from West Ham.

Several clubs in Europe were in race for the signature Andre but the club decided to let him stay as they fight for a return to the Premier League.

According to the chairman of the club, Trevor Birch, keeping the 29-year-old is a plus for them.

Currently, Ayew is the only player at the club with a market value of €6M.

Swansea City have started their season a good note and are currently occupying the top spot with 16 points.

The Welsh-based side have won five matches out of six matches played drawing just one.

Andre has proven to be a key player for the side after scoring a brace against Northampton Town in their 3:1 win in the Carabao Cup.

He also grabbed two assists in their win over Queens Park Rangers in the Championship.

Ejisu: 21-year-old girl murdered with intestines gushed out ...
2 minutes ago