Playing For Real Madrid Is One Of The Biggest Moment In My Playing Career, Says Michael Essien 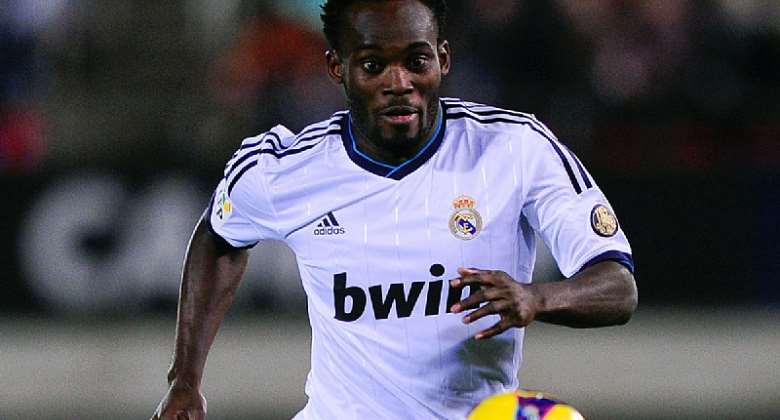 Ghana ace, Michael Essien says playing for Real Madrid is one of the biggest moment in his playing career.

Essien, 36, joined the Spanish giants on a long season loan deal from Chelsea in September 2012 after recovering from an anterior cruciate ligament and meniscus injury.

The former Black Stars skipper teamed up with his former manager, Jose Mourinho who sign him from Lyon in 2005 at the club.

“Every player will love to play for Real Madrid,” he told EA Sports. “They are the biggest club in the world.

“I have the chance to play for them so I had to give everything I had.

“I really enjoyed playing for them and it one of the best moment in my playing career,” he added.

Essien scored on his debut as Real Madrid demolished Real Zaragoza by 4:0 at the Santiago Bernabeu and wrapped up his loan stint with the club with a final goal against Osasuna.

The former AC Milan midfielder made 35 appearances for the Real Madrid and made history by winning the La Liga title.

Minority investigates impersonation of Adwoa Safo in 2022 bu...
54 minutes ago