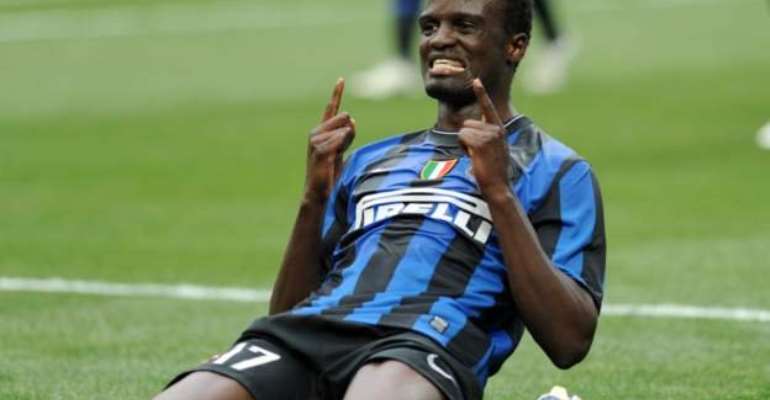 The constituency is known for including Kibera, the East African nation's largest slum.

Mariga won nomination as a Jubilee Party candidate - the party of President Uhuru Kenyatta - after a face-to-face interview with party officials on Monday.

He is East Africa's most-decorated footballer courtesy of the Uefa Champions League, Italy's Serie A and Coppa Italia titles that he won at Inter Milan under coach Jose Mourinho in 2010.

He later struggled to attract interest from major clubs because of his injuries. His last professional stint was at Spanish second division side Real Oviedo in 2017.

The 32-year-old told journalists in Nairobi that he was joining politics to "give back to the community".

The Kibra by-election will be held in November. The seat fell vacant following the death of MP Kenneth Okoth of the opposition Orange Democratic Movement (ODM) party.

The constituency has predominantly voted for ODM, led by Raila Odinga, since 2013.

He is not Kenya's first successful sportsperson to go into politics - top marathon runner Wesley Korir served as an MP between 2013 and 2017.

Africa's most famous sportsman to go into politics is George Weah, a former Fifa World Footballer of the Year, who is now president of Liberia.