Selfless Thomas Partey Has No Problem Starting Matches From The Bench 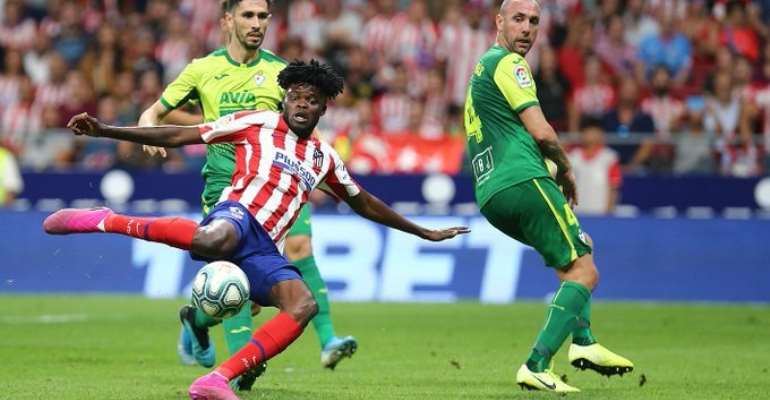 Ghanaian midfielder Thomas Partey has shared that though he yearns to start in every game for Atletico Madrid, he has no problem when he is dropped to the bench.

The Black Stars midfield kingpin enjoyed a good weekend for the Rojiblancos last Sunday in their dramatic win over Eibar on match week 3 of the ongoing Spanish La Liga season.

Though he started the match on the substitute bench, he was later introduced by manager Diego Simeone when they needed another goal to complete a come-back which will hand them all three points.

The hardworking middleman scored on the 89th minute to complete an impressive comeback for Atletico Madrid after they had conceded two early goals in the first half.

Summer signing Joao Felix and Vitolo were the other scorers on the day to inspire Atleti to victory.

“We are all willing to play and when you start on the bench you also have to be happy because you can get moments so they are worth more than starting the game”.

The 26-year old is expected to be key for the La Liga leaders throughout the season as they target clinching the title at the end of the season.