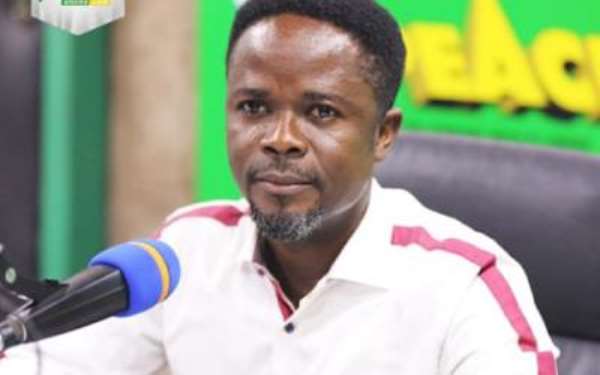 Dan Kweku Yeboah has slammed the chairman of the Normalization Committee, Dr Kofi Amoah claiming his leadership style has not been the best.

The Peace FM head of Sports has resigned from his post following a rocky relationship with the chairman of the Committee.

According to him, the astute businessman has lost focus steering the affairs insisting this is not some of Kwesi Nyantakyi's critics fought for.

Speaking for the time on his resignation, Kwaku Yeboah said, “If you are able to jump from accident-bound vehicle, you don’t get injured when the car finally falls into a pit. When you look at the intentions of President Akufo-Addo, the support and goodwill received by the committee from Ghanaians and you look what going on now, you should see a deviation from the original plan. I will speak out at the right time but a lot has changed from the initial plan," he said.