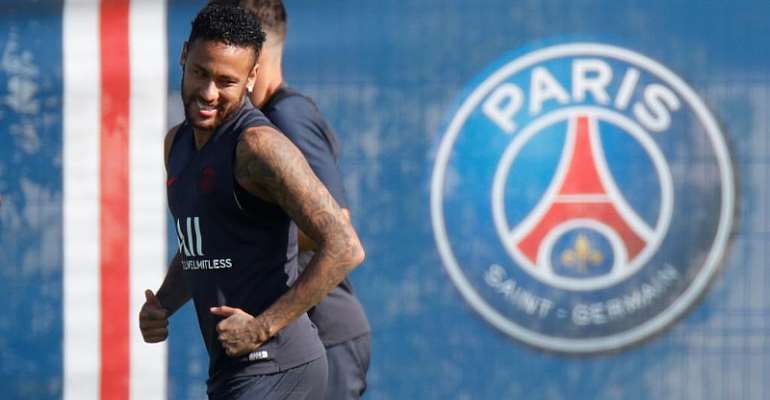 Neymar is to stay at Paris Saint-Germain after seeing his desired transfer back to Barcelona fail, according to press reports Sunday.

"Se queda," Spanish for he's staying, read the L'Equipe headline on its front page with a photo of the Brazilian.

"Faced with the impossibility of completing his transfer to Barcelona, Neymar had informed his entourage he has decided to end the season at PSG," the daily said.

Spanish sports newspaper Mundo Deportivo carried similar news, which comes just ahead of the transfer market deadlines in France and Spain on Monday.

"Neymar's entourage admit it: it's finished," it said.

A scorer of 51 goals in 58 appearances in his two seasons in the French capital, Neymar has not featured at all for his club this season amid the uncertainty surrounding his future.

He trained with PSG on Thursday, but coach Thomas Tuchel omitted him from the team that beat Metz 2-0 in Ligue 1 action on Friday.

Efforts to negotiate a suitably lucrative transfer back to Barcelona have seemingly floundered, with PSG sporting director Leonardo saying Friday there was "no agreement. It depends on Barcelona".

Madrid sports newspaper Marca said: "Barcelona neither have the financial muscle to meet PSG's demands nor have the French side been in any rush to do the Catalans any favours."

Neymar and PSG
Failure to sign Neymar will likely leave a lot of damage to repair between Neymar and PSG, Barcelona's board and the fans, and Barcelona players who were offered to PSG as part of a potential deal.

"The bomb was deactivated at the last minute but the trail of burnt fuse has left cracks in the ground, cracks in many relationships," Marca said.

"The failure of his signing leaves many of the characters involved affected, with wounds that won't just be healed with a plaster. These characters will have to go again from Tuesday as if nothing had ever happened."

AS, which is also based in Madrid, said a swoop for Neymar by Real Madrid could not be discounted.

Real coach Zinedine Zidane said on Saturday there could be "one or two surprises" before the Monday transfer deadline.

"As for any possible last-minute arrivals, the club ruled out the arrival of Neymar a couple of days ago but with the Brazilian you never know," AS said.

"The latest information yesterday (Saturday) was that he would not be joining Barcelona and it is not impossible that Madrid could make a late entry into the bidding."

Mundo Deportivo, which is based in Barcelona, said Neymar staying at PSG was only postponing his return to the Camp Nou.

"His idea is still to leave the PSG and return to Barca, where he played between 2013 and 2017, when he decided to pay his contract termination clause of 222 million and fly to Paris, a manouevre he regretted very quickly as has been shown," the paper said.

"Players at Barcelona, who remain his friends, already know that this is only a postponement."