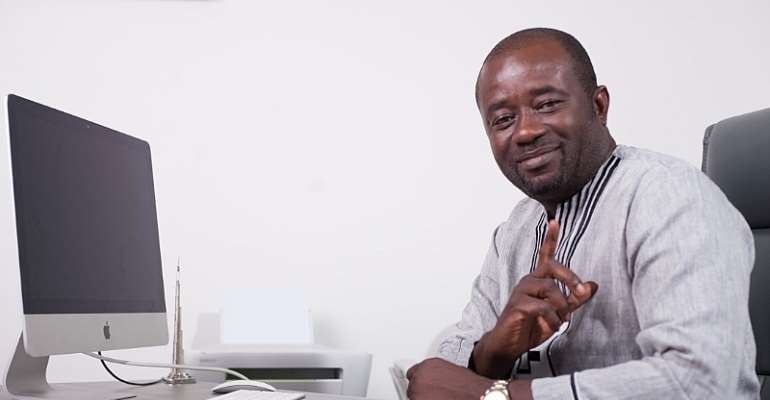 The Executive Chairman of Dreams FC, Edwin Kurt Okraku has declared has finally declared his interest for contesting for the Ghana FA presidency.

The country's football governing body high seat has been vacant since the resignation of Kwesi Nyantakyi since last year June following the premiering of the 'Number 12' documentary that uncovered the rot in Ghana football.

In a video declaration posted on his various social media handles earlier this morning, Kurt Okraku said, “After a thorough process of deliberations, discussions, engagements and consultations with various stakeholders of our industry, I have decided to put myself forward to contest the leadership of the Ghana Football Association when the election process officially opens. My conviction to contest the upcoming election was further enhanced during the period the consultations which made it evident that the qualities I possess were exactly what stakeholders are looking for as we aim to tackle the challenges that face our industry at this particular point in time”.

The astute football administrator continues and says he has a vision that will ensure all the stakeholders of Ghana Football will benefit from the enormous wealth inherent in a properly managed football ecosystem.

“My ultimate aim is to ensure that industry players in Ghana get their fair share of the enormous global wealth of football. That every person connected to the game reap their rightful dues for their unending efforts and enormous investments. I will in the not too distant future share with stakeholders my elaborate blueprint on my vision for Ghana football."

Credentials
Kurt Okraku is a man of many talents and has over the years gone through the mill to reach the very apex of club football administration.

He is largely credited with the revival of the FA Cup Competition which for over a decade had become dormant until he took the mantle to resuscitate it. For those who do not know, Kurt trained as a journalist and schooled at the Ghana Institute of Journalism.

He wrote for the Hearts News and also worked at Radio Universe on the University of Ghana campus in Accra.

After serving Hearts of Oak for many years, Kurt moved to set up his own football club Dreams FC.

Before then he worked as the General Secretary of the Ghana League Club Association (GHALCA) before taking over as General Manager of Wassaman Football Club.

He has natured a lot of talents, the biggest of which is Chelsea and Black Stars defender Baba Rahman.

Kurt served on the defunct Executive Committee and was also the Chairman of the local Black Stars.

He holds a Masters’ degree from the University of Liverpool where he specialize in football management.