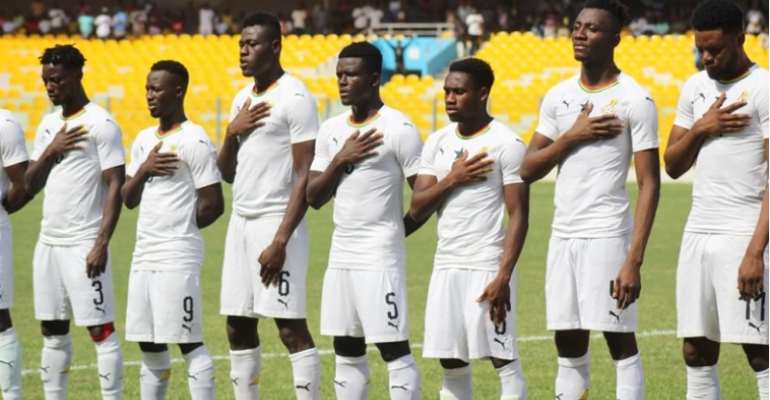 The Ministry of Youth and Sports has asked the foreign-based players in the Black Meteors to buy their own air tickets for Ghana’s clash against Algeria, according to a report by Ghanasoccernet.com

The report further indicates that the move was made by the Sports Ministry because it is currently not in a good financial position, hence told the players to pre-finance their travel cost, which was a common practice in the 1990s.

Coach Ibrahim Tanko invited 11 foreign-based players as part of his team for the 2019 Africa U 23 qualifier against Algeria on Friday 6th September in Accra.

The likes of Benjamin Tetteh, Kwabena Owusu, Majeed Ashimeru, Joseph Paintsil, Gideon Mensah, Edward Sarpong, Yaw Yeboah and Osman Bukari amongst others were handed call-ups to help strengthen the team heading into the clash against Algeria.

However, they have to bear their air tickets for the tie and according to a report by Ghanasoccernet.com the players like the Sports Ministry are cash-strapped, so until the situation is remedied, they can’t be available for the crunchy encounter.

The Sports Ministry recently announced at the floor of Parliament that it budgeted for $6.3 million for Black Stars participation in the 2019 Africa Cup of Nations, but ended up spending $4.5 million because the team exited in the Round of 16, so the report on lack of funds for air tickets of foreign-based players for national duty has come as a surprise.

The Black Meteors will travel to Algiers for the return encounter scheduled for Tuesday, September 10.

This year's edition of the U23 Africa Nations Cup will be staged between 5-22 November 2019 in Egypt.

The tournament will determine which three African teams will compete at the 2020 Summer Olympics men's football tournament in Tokyo, Japan.

The home-based players have been in camp since August 7 playing series of friendly matches against local sides.