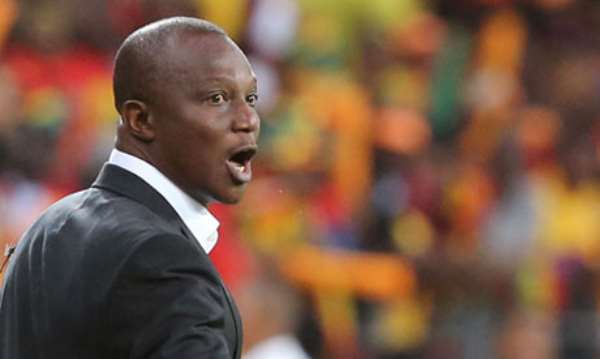 Coach Kwesi Appiah has backed local coaches to work hard to ensure the country does not return to hiring foreign coaches for the national teams.

The Black Stars who replaced Avram Grant in 2017 for a second spell in charge of the national team has come under scrutiny since the round of 16 exit at the 2019 Africa Cup of Nations.

Ghana lost 5:4 on penalties to Tunisia during the 32nd edition of the continent finest tournament.

Speaking to a gathering of local coaches at a FIFA-organized coaching seminar over the weekend, the former Al Khartoum manager said it’s imperative for the coaches to work hard so they will be deemed competent enough to handle the national teams.

“Now what we are fighting for is to make sure the government does not go back to the issue of bringing a white man again, but we should show our competence that when given the chance we can do it,” Appiah told the coaches.

The 59-year-old stressed that the Black Stars coaching job is not necessarily difficult to handle, especially on the field, expressing the pressure off the field was the major task

"The Black Stars job can be done easily when it comes to the fieldwork, but the major work is off the pitch issues, once you are able to deal with the outside issues, then it should be fine with you”

The Black Stars coach bemoaned Ghana’s inability to win the Africa cup of Nation since 1982, stressing coaches must be given time to prepare their teams well.

“Since 1982 that we won the cup, you see that every two years a new coach comes so you can’t have a plan to program yourself, all your program will be short term basis.

“For me, if you are bringing a white coach then you should give him five years, because it will take him about two years to know our mentality, the way we do our things, where all the players are in Ghana, and our players across the world, because Ghanaian players are scattered across the whole World, so within two years, you would have known where our players are, and would have known our character, the way we behave and everything, so by two years time,he has to go, and bring another coach.

“So if I’m a white man and I come around and you give me two years, automatically I will depend on what is there, those that I have heard their names to get the results that you guys need, then go back. So its important as youth coaches to keep this in mind and make sure we all fight and work towards what we want to achieve in future” – Kwesi Appiah further advised.