I Am Loving Life At Swansea City - Andre Ayew 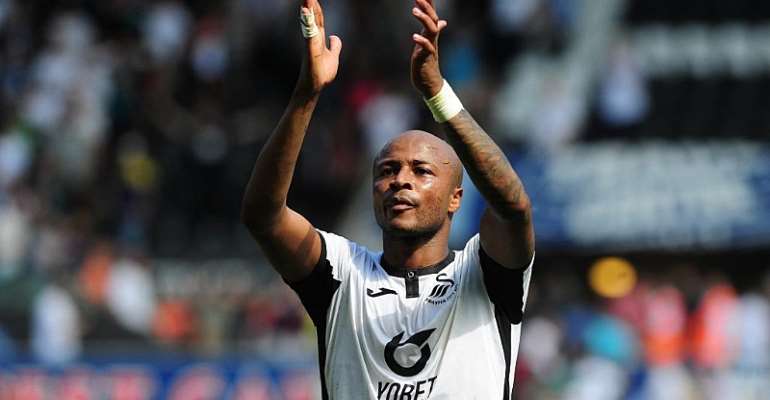 Swansea City's record signing Andre Ayew has reiterated he is enjoying football at the club at the Championship side.

The Ghana skipper spent last season on loan at Fenerbahce and had been expected to leave this summer.

Ayew, 29, said he had received offers from several clubs but opted to stay at the Liberty Stadium because he is loving life at the club.

"The club was aware of the options, but made it clear they wanted me to stay," he said.

"I'm really enjoying my football at Swansea and I'd like nothing more than to stay part of this squad.

"I feel at home here and sometimes you have to go with what your heart is telling you. I believe we can achieve great things. I'm ready to continue and go for it.''

He returned to Swansea in a club-record deal in January 2018, but could not save them from Premier League relegation and joined Fenerbahce on loan in July, 2018.

Ayew started in Swansea's 1-0 win at Leeds United on Saturday which saw them go top of the Championship table.