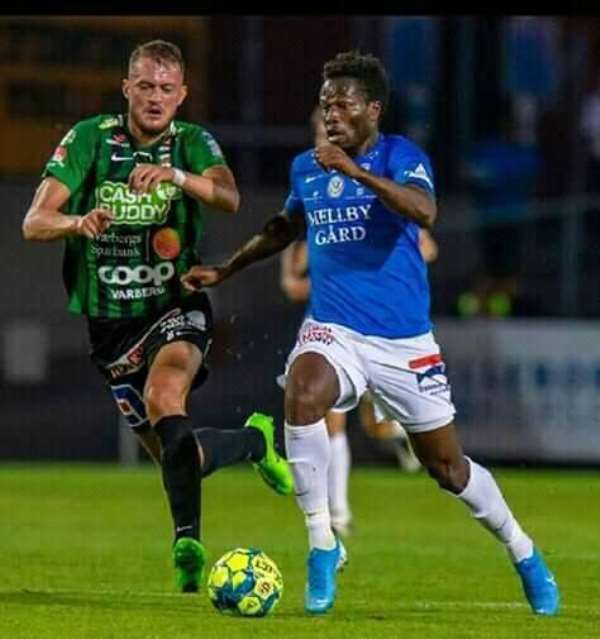 Ghanaian attacker Abdul Fatawu Safiu scored his first goal for Trelleborgs FF to help them post a 2-1 win over Vasteras SK in the Swedish lower league on Sunday evening.

The 25-year-old forward is currently on loan from Ghana Premier League giants Kumasi Asante Kotoko but will have a chance to make his stay permanent if he impresses at the end of the ongoing campaign.

Having played a cameo role in his first match for the side, he was handed his first start when Trelleborgs FF played at home against Vasteras SK yesterday.

Safiu played at top level and ended up opening his goal-scoring account to help his side walk away with all three points.

Swedish forward Mattias Hakansson gave the Blue and White lads the lead on the 11th minute before the Ghanaian attacker doubled their lead with a 44th-minute strike.

Though Vasteras SK pulled one back in the second half through Brian Span, it was not enough as they were forced to succumb to a narrow defeat.

Abdul Fatawu Safiu was replaced on the 90th minute but will be looking forward to enjoying more playing time in subsequent matches in hopes of bagging more goals.