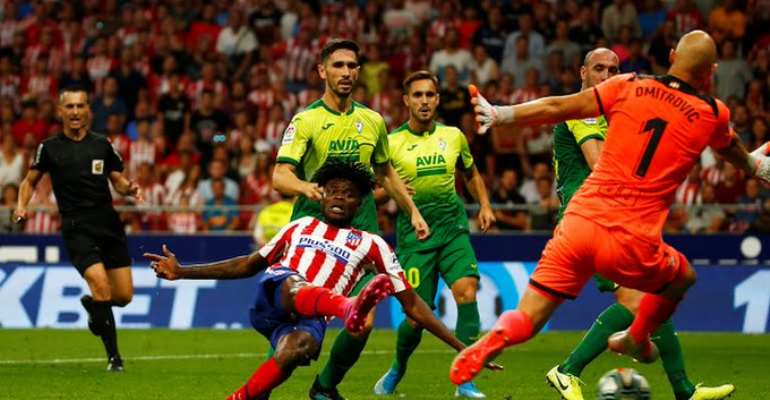 Ghana midfielder, Thomas Partey was the hero for Atletico Madrid when he scored a late winner to aid them to victory over Eiber in the Spanish La Liga.

Just as the game was heading to a closure, the 27 year old popped up to rescue full points for the home side who nearly dropped valuable points at the Estadio Metropolitano.

Charles’s 7-minute strike for Eiber was cancelled by a 27th-minute goal from Joao Felix. Aniatz Arbilla shot the visitors into the lead again before Vitolo levelled matters in the 52nd minute.

Partey, however, struck late deep inside added on time as the former La Liga Champions maintained their 100 per cent record with 3 wins in three matches so far and currently top of the League table.