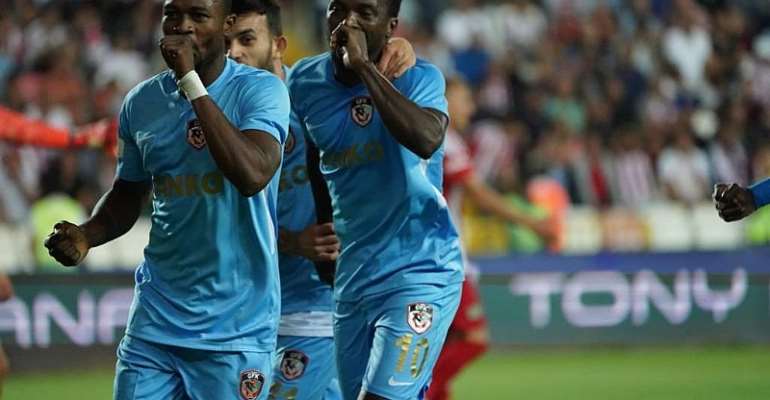 Striker Patrick Twumasi scored his debut goal for Gazişehir Gaziantep as they drew 1-1 away with Sivasspor in the Turkish Super Lig on Sunday.

The Levante loanee broke the deadlock for the visitors after 35minutes when he struck from an Olarenwaju Kayode pass.

Twumasi finished off in style with a brilliant strike having found his way through the Sivasspor defense.

The Ghanaian international who was booked in the cause of the game was replaced by Kenan Ozer.

Ghanaian compatriots Aziz Tetteh and Abdul Raman Chibsah were also in action for Gazişehir with Isaac Cofie enjoying some minutes for Sivasspor.