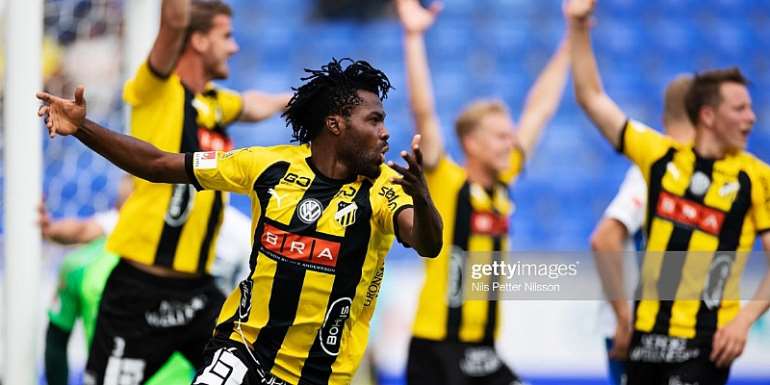 Former Hearts of Oak striker, Kwame Kizito found the back of the net in BK Häcken’s 4-1 hammering of Falkenberg in the Swedish Allsvenskan.

The goal marked his first in a competitive match for BK Hacken.

The Ghanaian international received a through pass to beat the Falkenberg goalkeeper who had come out of his post before looping the ball into an empty net.

Kizito was also making his sixth appearance of the season for BK Hacken as he gave a good account of himself by scoring a wonderful goal.