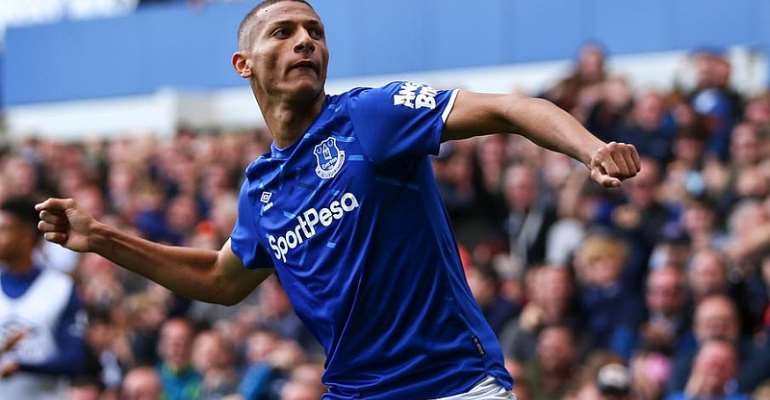 Wolves gifted the home side the opening goal in the fifth minute, a defensive mix-up between defender Conor Coady and goalkeeper Rui Patricio presenting the ball to Richarlison, who thumped a bouncing shot into the net.

Everton were equally generous four minutes later as Adama Traore sent a low ball into the box and defender Seamus Coleman stopped it in front of the goal, teeing it up for Romain Saiss to poke home the equaliser.

Having successfully qualified for the group stages of the Europa League on Thursday by completing a 5-3 aggregate win over Torino, Wolves looked to be running out of steam in the second half until Raul Jimenez stooped to head home a flick-on from a long throw to put them level again.

Richarlison secured all three points for the home side in the 80th minute, out-jumping Willy Boly to give his side the lead for the third time.

Boly was sent off in stoppage time after receiving a second yellow card as Everton hung on to win.