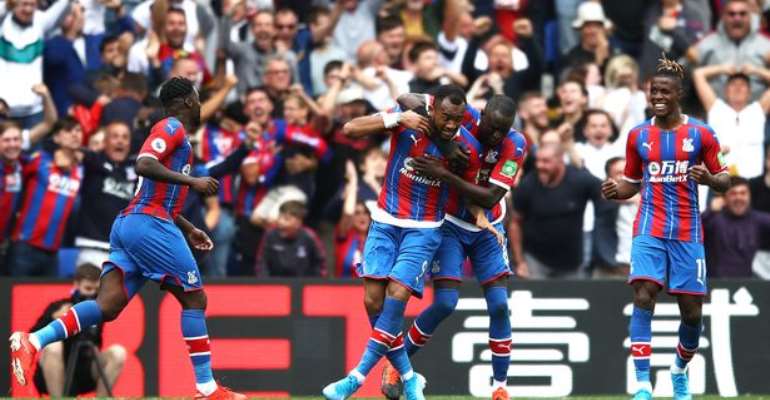 Ayew, 27, was on target for the second consecutive time when the Eagles an important win against Aston Villa at the Selhurst Park defeating the Premier League returnees by a lone goal.

According to the former England manager, the Ghanaian forward's determination and patience has been key as he kept doing his best at training even though sometimes he was not getting playing time.

"Absolutely right. But had he not scored the goal today, I would still be heaping praise on him because of the work he does for us and the tactical understanding. He does the job we want him to do, tactically, to help get others to take up positions they need to, not just attacking wise, but defensively too.

"When he puts icing on the cake to score a goal like he did last week and he did today, it is happy days. And they are happy days that he deserves. Last year he didn’t get as many chances as he would have liked to have had, and many times he found himself as a substitute, and sometimes not even getting onto the pitch.

"But never once did he stop working hard in training or trying to do the right thing, and as a coach, when their moment arrives, you are very happy for him," he added.

Palace will be hosted by Tottenham on Saturday, September 14.

No Gov’t In 4th Republic Has Matched Our 3years Achievements...
13 minutes ago