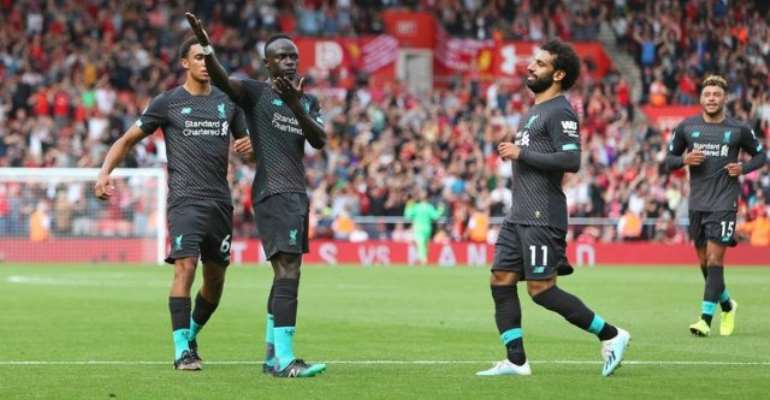 Liverpool forward Sadio Mane launched into a furious touchline rant in apparent anger at Mohamed Salah after the Egyptian failed to square the ball to his teammate during the Premier League win at Burnley.

Senegalese star Mane was substituted in the 85th minute of the clash at Turf Moor, which Liverpool won 3-0 thanks to an own goal from Chris Wood and strikes by Mane and Roberto Firmino.

But after making his way to the bench, Mane appeared to be furious that Salah had not squared the ball to him moments earlier when he had been well-placed.

The normally mild-mannered Mane was seen remonstrating on the Liverpool touchline before being calmed down by teammates James Milner and Firmino.

The incident was quickly picked up on by social media users, some of whom believed the Senegalese star had every right to be angry at his teammate.

The scenes took the shine off what was Liverpool's 13th straight Premier League win as they returned to the top of the table with four victories from four games this season.

It is also not the first time Salah has been criticized for not passing. He was labelled “selfish and greedy” by Liverpool legend Jamie Carragher during the victory over Fulham last season.