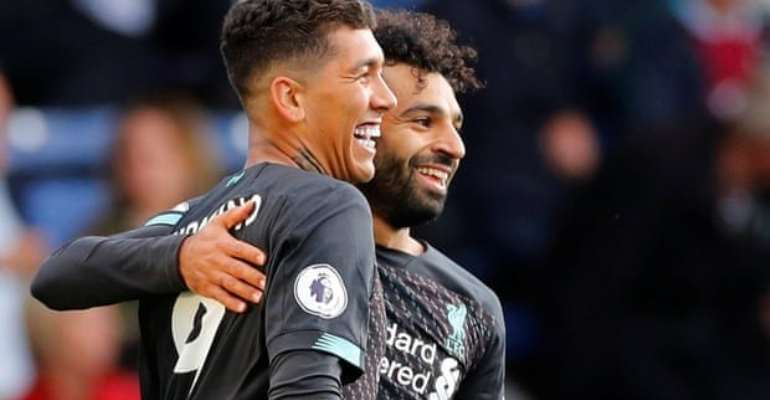 Roberto Firmino had a goal and an assist as Liverpool eased past Burnley at Turf Moor on Saturday for a club-record 13th straight Premier League win.

Burnley frustrated Liverpool early on, but Jurgen Klopp's team found their breakthrough when Trent Alexander-Arnold's cross took a deflection off Chris Wood for an own goal to put the visitors in front.

Shortly after, a Burnley giveaway set Firmino free in the middle of the field and he played in Sadio Mane who slotted home past Nick Pope to double Liverpool's lead before the break.

Firmino put matters to rest late in the second half on a counter-attack with a first-time shot from the top of the area to secure the three points for Liverpool.

The win sees Liverpool stay atop the Premier League table with four wins from four this season after Man City had briefly moved ahead of them with a 4-0 win over Brighton earlier in the day.