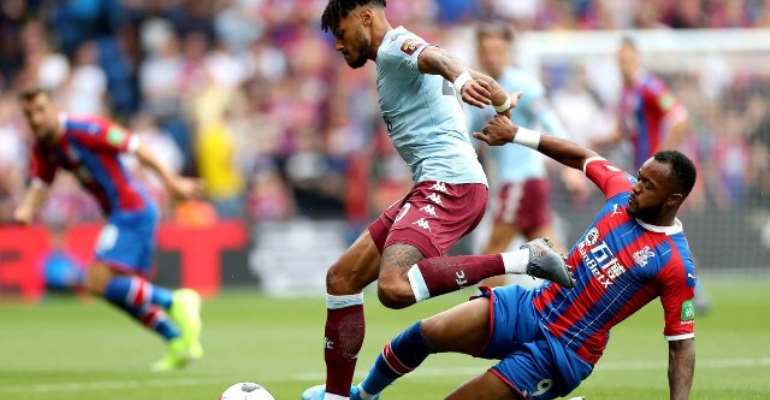 The 27-year-old who helped Palace to end the 39 years winless run at Old Trafford last weekend, maintained his impressive run on Saturday by netting the Eagles only goal at Selhurst Park against 10-man Villa.

The former England manager was ready to introduce Andros Townsend and Christian Benteke when Ayew slipped between Tyrone Mings and Jack Grealish and opened the scoring.

Twice now Ayew has been handed the chance to lead the line by Hodgson and the Ghana international has impressed on both occasions.

“I'd still be heaping praise on him if he hadn't scored," Hodgson said. "The number of times he does the tactical work for us, not just attacking but defending too. When he puts the icing on that cake but scoring last week and this week, then it's happy days. For him in particular.

"They're happy days that he deserves. He didn't get the opportunities as he would have liked last year, and found himself on the bench, but never once did he stop working hard in training. Players like that, when their moment arrives, you feel really happy for them.”

The 27-year-old has already double the amount of Premier League goals that he managed last term.