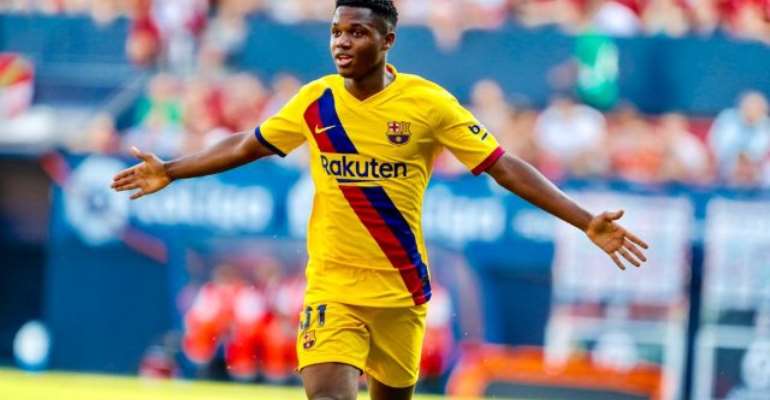 Barcelona's 16-year-old forward Ansu Fati became the youngest ever player to score a league goal for the club when he netted an equaliser for the La Liga champions at Osasuna on Saturday.

The teenager, who made his Barca debut in last week's 5-2 win over Real Betis, headed home a cross from Carles Perez in the 51st minute, having come off the bench at the start of the second half with his side trailing promoted Osasuna 1-0.

Fati, who turns 17 on Oct. 31, replaced Bojan Krkic as the club's youngest scorer in La Liga and is the third-youngest player to score a goal in Spain's top-flight behind Fabrice Olinga and Iker Muniain.

The match ended 2-2 as Barcelona continue to struggle with their captain Lionel Messi. They have picked four points from a possible nine in three games.