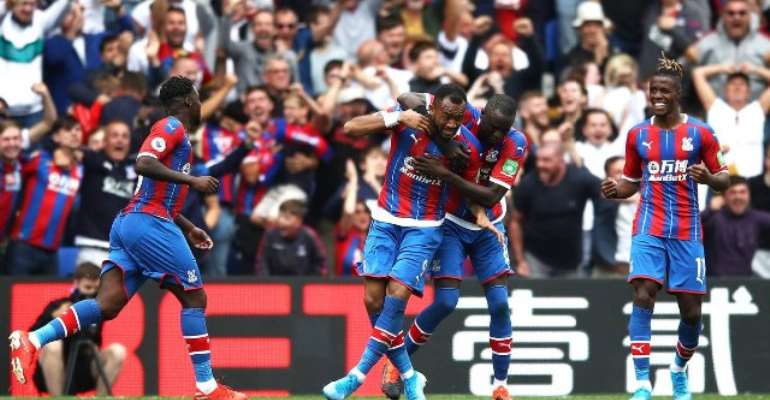 Ghana striker, Jordan Ayew continued his impressive form in the Premier League as he scored the only in Crystal Palace victory over 10-man Aston Villa.

The hosts looked to be heading for another Selhurst Park blank despite Villa's Trezeguet seeing red for a second bookable offence, before Ghanaian Ayew fired beyond Tom Heaton with time running out.

It meant Ayew, who was part of the Villa side relegated from the top flight in 2016, scored for the second Premier League weekend in a row, having also struck in the win at Manchester United.

Trezeguet's dismissal, for a late challenge on Wilfried Zaha, was among seven bookings dished out by referee Kevin Friend.

The visitors were incensed by a late disallowed goal for Henri Lansbury in six added minutes, Friend having already blown to book Jack Grealish for diving in the build-up.