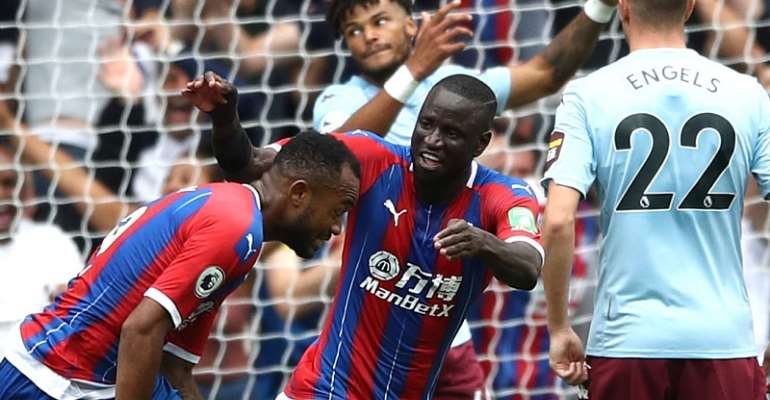 Ghanaian striker Jordan yew netted the only goal of the day to give Crystal Palace a 1-0 win over Aston Villa at the Selhurst Park on Saturday afternoon on match week 4 of the English Premier League season.

The two sides locked horns in one of the entertaining fixtures of the weekend with drama keeping both sets of supporters on their feet either fuming or eager to hear the blast of the final whistle for different reasons.

A solitary strike from in-form Jordan Ayew was however enough to separate the two sides at the end of a pulsating 90 minutes, giving the Eagles a vital win over the newly-promoted side.

The Black Stars attacker received a pass from compatriot Jeffrey Schlupp and fired a shot goalwards only for it to be blocked. He was fortunate enough to get the ball back and curled an unstoppable shot past Villa goalkeeper Tom Heaton and into the back of the net.

Following an edgy climax to the match, Villa saw a goal disallowed and had to finish the match gutted and disappointed.

He is in good form together with Jeffrey Schlupp and looks to have cemented their respective places in Roy Hodgson’s first eleven.