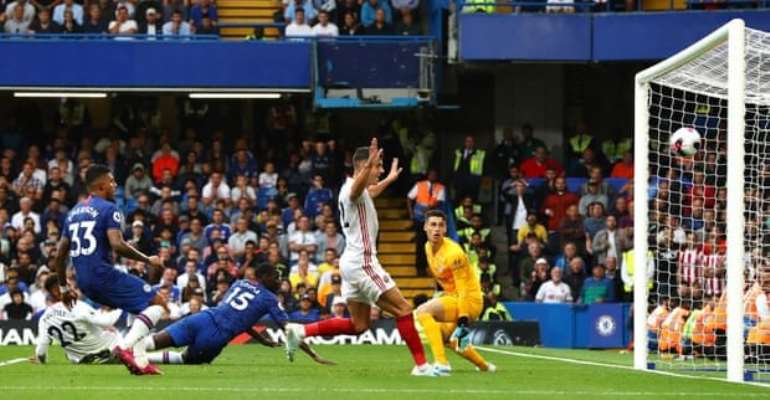 Sheffield United battled back from two goals down to snatch a point after Kurt Zouma's late own goal at Stamford Bridge.

The hosts were 2-0 up by half-time after striker Tammy Abraham struck twice for his third and fourth goals of the season.

But the Blades pulled one back in the first minute of the second half when Callum Robinson, who had missed from close range in the first half, scored his first since joining the club in the summer.

And they pulled level after 89 minutes when Robinson's cross towards substitute Lys Mousset was diverted into his own net by the unlucky Zouma to leave Frank Lampard still searching for a first home win since he became Chelsea manager. 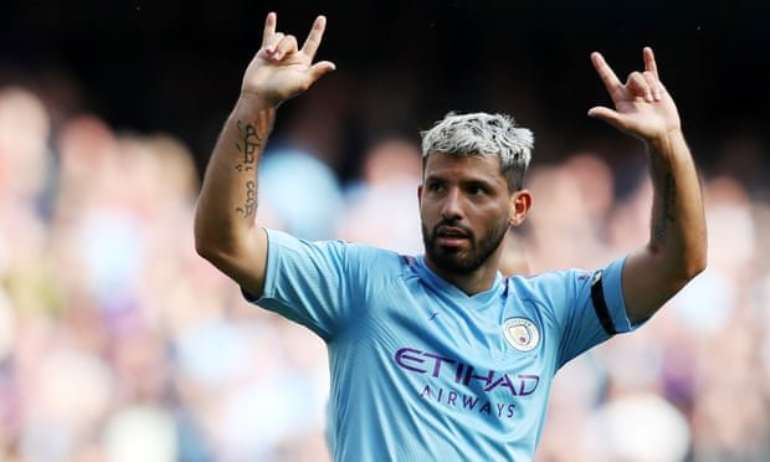 At the Etihad Stadium, Manchester City eased to victory over Brighton as Sergio Aguero hit two goals to continue his record of scoring in all four of his team's Premier League games this season.

Belgium midfielder Kevin de Bruyne set the reigning champions on their way when he poked David Silva's low cross over the line after just 68 seconds.

Aguero finished off a free-flowing move to double the lead before producing a sumptuous curl from the edge of the penalty after half-time.

Jamie Vardy scored twice and made the other as an impressive Leicester maintained their unbeaten Premier League start by easing past Bournemouth at King Power Stadium.

Brendan Rodgers' side have won two and drawn two of their opening four games, showcasing their early ambitions of breaking into the top six at the end of the season with another excellent showing.

The Frenchman gave the hosts the lead with an easy finish from close range after a low cross from the left-wing by Arthur Masuaku.

Norwich came close to levelling the scores in the second half when Todd Cantwell struck the crossbar from close range.

The hosts looked to be heading for another Selhurst Park blank despite Villa's Trezeguet seeing red for a second bookable offence before Ghanaian Ayew fired beyond Tom Heaton with time running out.

And Will Hughes' early goal helped Watford secure their first Premier League point of the season with a battling draw at Newcastle.

The Hornets stay bottom of the table, but a spirited performance at St James' Park ended a run of three consecutive defeats at the start of the new campaign.