'Football People' Have Not Learned Their Lessons - Fred Pappoe 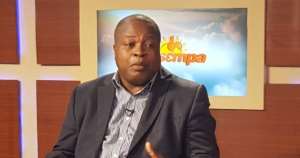 Mr Fred Pappoe, a former vice president of the Ghana Football Association beleives "football people" have not learned their lessons insisting they are not ready to run the game again.

There have been a huge division following the meeting held by Ghana League Clubs Associations and the stakeholders of football in the country.

According to the former Black Stars management committee chairman, the division among football personalities in the country will not be good should they have the opportunity to steer the affairs of football in the country.

“If you look at what has happened in the past week, football people are not ready," he told Atinka FM.

"The earlier we form a united front the better.
"Football in Ghana belongs to every Ghanaian not a single individual.

"I hope by next week Common sense will prevail," he concluded.

The GFA NC is in the process to handing over the Association to the main actors of football following the collapse of the former administration.

A system is being put in place for the next election of a new GFA president.

Several names have popped up for the role including Fred Pappoe, George Afriyie and Wilfried Osei.