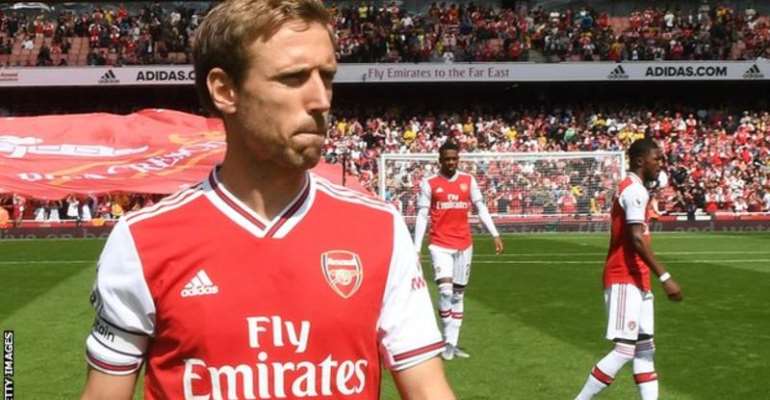 The Spain international, 33, has started all three of the Gunners' Premier League games this season and captained the team against Burnley.

He made 250 appearances for Arsenal, scoring 10 goals, after joining the club from Malaga in January 2013.

Manager Unai Emery said on Thursday that the left-back could leave before the European transfer windows shut.

Arsenal signed Kieran Tierney, 22, as his long-term replacement this month.

The former Celtic left-back is yet to make his Gunners debut and is not fit enough to be considered for Sunday's north London derby against Tottenham.