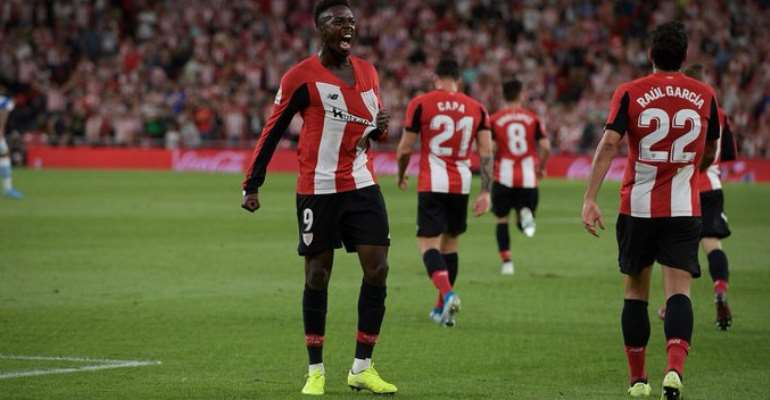 Spanish born Ghanaian striker, Inaki Williams was on the scoresheet as Athletic Bilbao continued their impressive form in the La Liga.

The talented forward opened the scoring for the hosts in the 11th minute before Raul Garcia wrapped up a 2-0 win for Athletic Bilbao in the 28th minute.

The 25-year-old has penned down a nine years contract with the club.

You Won't Be Shielded For Misconduct – IGP Cautions Police O...
22 minutes ago