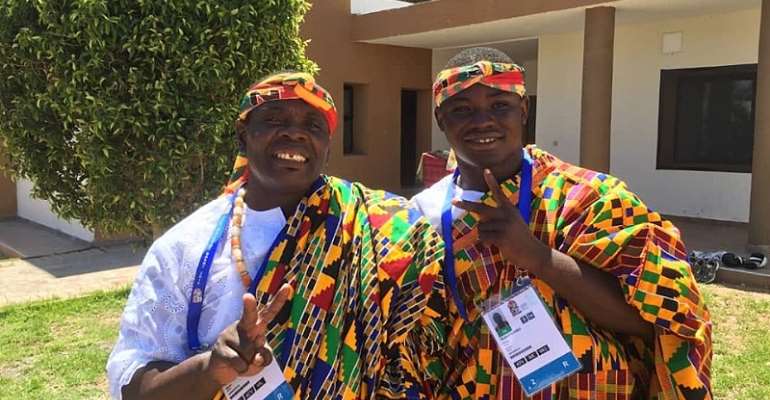 Three Star Coaching Instructor, Kwesi Ofori Asare has disclosed that the African Games is tougher and more competitive than the Commonwealth Games.

Speaking on Ghana’s performance at the 12th African Games in Morocco, the Black Bombers, (national team of Ghana) technical head said Africans in the competition are always tough and keen.

He described boxers from the host nation, Morocco, Algeria, Namibia, Congo and Uganda as very strong and technically gifted who put up great performances.

He said competing in the African Games is not an easy competition, so the government must support the boxers to feel highly motivated and inspired even before leaving for the Games.

He expressed that the Ghana Boxing Federation (GBF) even tough it wise to organize non – residential camping for the team, else it could have been a disaster for the Black Bomber as other nations came very well prepared and determined to win.

According to the experienced coach, though some of the verdicts of the officials were questionable, the boxers proved themselves.

He noted that Ghana faced some crack and tough opponents who were very tough, however, the Bombers did their best and were not disgraced.

“All our boxers lost gallantly and we are happy to return home with a bronze medal, we expected to win at least three medals but we got one and we have to learn from this experience that other countries are training better and harder, so if Ghana wants to still be among the best boxing nations, then there must be better facilities for training and camping as well as good nutrition for the boxers” he expressed.

He hinted that some of the Black Bombers may be turning professional, and there is the need to revamp the team with more daring and hungry boxers.

He praised the Bukom Fist of Fury Boxing League which kept the boxers active and hoped that more sponsors would support the programme.

Ghana’s young sensation Shakul Samed, a junior brother of the Samir brothers won the only medal (bronze) for the nation in boxing.

Ghana took three coaches to the 2019 African Games to cater for the 10 boxers (8 male) and (2 females), they are Akai Nettey of Attoh Quarshie Gym and Lartekwei Lartey of Fit Square Gym.

George Lamptey, President of the GBF was also part of the contingent that went to the Games.