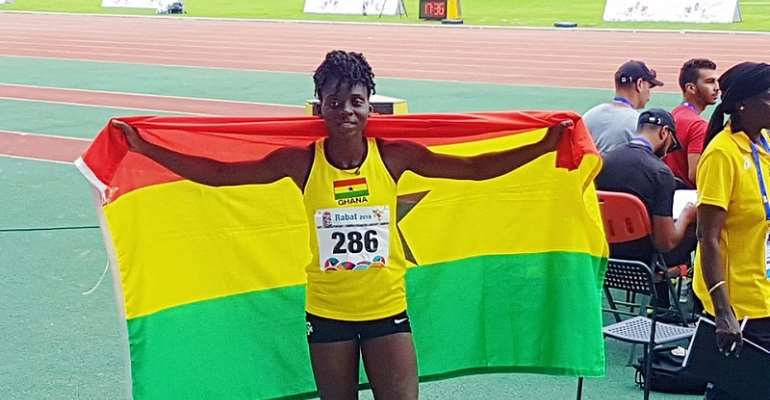 Deborah Acquah who dropped the baton in the women’s 4x100m finals on Wednesday after being brought in as a last-minute substitute has won silver in her favoured event, Long Jump, leaping to a 6.37m finish on her second attempt at the ongoing 12th African Games in Morocco.

Acquah, who has been battling a back injury since last year, shook off the disappointments of the events of Wednesday evening to add to the country’s medal haul.

In Other Athletics Results -
Ghana’s Grace Obour could not make it to the final of the Women’s 200m.

Grace Obuor and Martin Owusu-Antwi both qualified to the semi-finals in the 200m respectively.

Joseph Amoah did not start in the Men’s 200m
Gadayi Kwabla and Owusu-Antwi were not able to qualify for the final of the Men’s 200m.

Unfortunately, Ghana’s Gemma Acheampong did not start in her 200m Heat. She and Persis could not make it to the final of the Women’s 100m either.

Boxing
Unfortunately, Shakul Samed could not make it to the finals in the Men's Light Heavyweight division after losing 1-4 to the Congolese boxer Pita Kabeji Peter.

He is guaranteed a bronze medal.