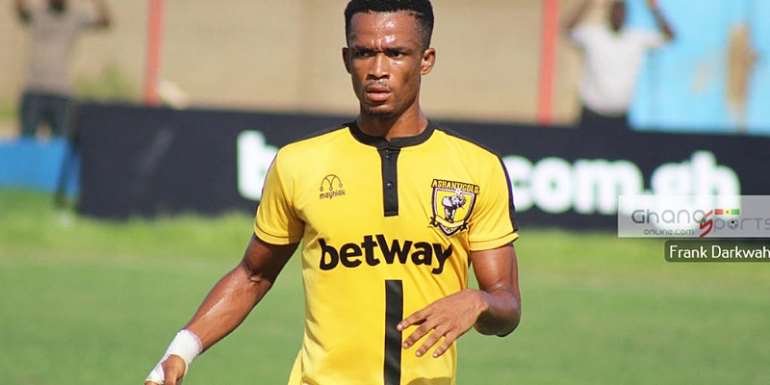 Ahead of Ashanti Gold’s visit to the Baba Yara Sports Stadium on Sunday, September 9, 2019, defender Richard Osei Agyemang has assured that the Miners will see off the Porcupine Warriors in the BK Adusei Foundation Cup.

The upcoming fixture between the Regional rivals is an exercise being organized in memory of Benjamin Kyem Adusei (BK Adusei) formerly a Board Chairman of Asante Kotoko who also served as the first Greater Accra Representative for the club.

Speaking in an interview with Ashh FM ahead of the crucial encounter between the two Ghana Premier League giants, highly-rated defender Richard Osei Agyemang has expressed optimism in his side’s ability to beat the Reds at their own backyard.

He further implored supporters of both clubs to troop to the Baba Yara Sports Stadium to enjoy some entertaining football whiles helping to raise funds for a very good course.

“The game would be nice and entertaining because we are coming to entertain the supporters who will come to the stadium on Sunday”.

“Justice Blay has his style of play as compared to James Akaminko but they are all good when it comes to the holding role”.

“I will entreat all the supporters to come to the stadium on Sunday to support the BK Adusei Foundation because it's a good initiative”, Richard Osei Agyemang added.

The money that will be accrued from the gate proceeds will go into the B. K. Adusei Foundation in aid of old players of Kumasi Asante Kotoko.