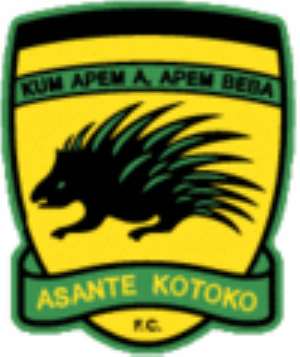 Ghana senior national team B coach Maxwell Konadu has reiterated that he took the right decision to hand Asante Kotoko forward Augustine Okrah a call up as the Black Stars B prepare to lock horns with Burkina Faso in 2020 Championship of African Nations qualifiers next month.

The 25-year-old’s inclusion has generated debates among soccer pundits and fans since he is yet to make a competitive appearance for Kotoko following his move from Indian Super League side North East United FC.

However, Okrah was on target and assisted another goal when Black Stars B trounced Bibiani Gold Stars 6-0 in a friendly at the Baba Yara Sports Stadium on Thursday.

“After the Normalisation Committee cup, almost every player is inactive with the exception of Asante Kotoko and AshantiGold players and to some extent those at Hearts of Oak so if we want to solely base the call ups on the cup competition then we will be somehow biased towards those who are good and in town but couldn’t play a part,” Konadu said as quoted by AshesGyamera.com.

“If Okrah is a good player I don’t see the wrong in it to add him to the players and per the little things I saw from him since joining Kotoko, I think he deserved the chance and his performance wasn’t that bad against Gold Stars.”

He added: “Okrah scored a beautiful goal and won a penalty. Apart from that his ball-handling and movement was okay so we will see what happens going forward because nobody is a starter here and anything can happen.”

Okrah is expected to join Kotoko on Friday as they prepare to face regional rivals Ashanti Gold in B. K Edusei memorial cup scheduled for Sunday, September 1.