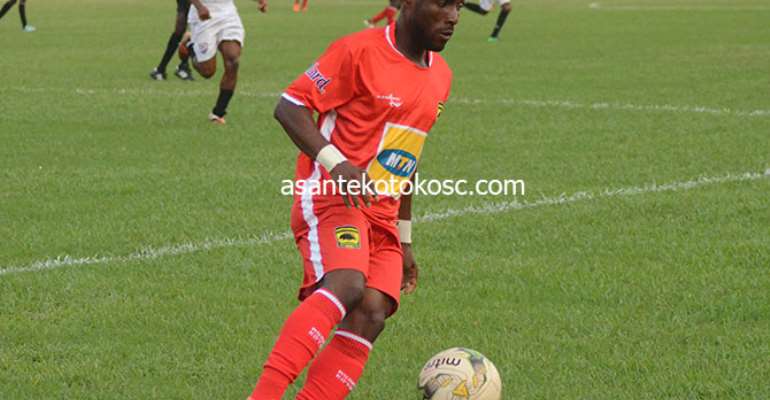 Kumasi Asante Kotoko attacker Maxwell Baako has confirmed that he is close to making a full return from injury whiles indicating that he is ready to join his teammates for training.

The skillful winger has been missing in action for the Porcupine Warriors for the past 5 months following a knee injury he suffered during the team’s CAF Confederations Cup match against Nkana FC earlier in March 2019.

In the past month, however, he has been training personally and has finally gained fitness in hopes of joining his teammates for their upcoming assignments.

Speaking in an interview with Finder Sports on the back of his situation, Maxwell Baakoh has noted that he has been declared ready to feature in matches even though he has also been cautioned not to rush.

“I want to thank God for helping me in my recovery because being injured for six months isn’t easy. It was a frustrating process but now I have started training again and I am gaining some momentum.

“At this moment I can say my fitness level is okay. My doctor has given me permission to join the first team, he is even positive that I can play but he has cautioned me to be a bit careful to prevent a relapse. I am an aggressive person so I need to take my time and be fully ready and I will be ready soon”, the nibble footed forward shared.

Having been instrumental for the Kumasi-based side during their exploits in the CAF Confederations Cup last season, he looks likely to be fully fit for their upcoming second round tie against Etoile du Sahel in this year’s CAF Champions League.