Tom Saintfiet: 'I Won't Beg Players To Play For Gambia' 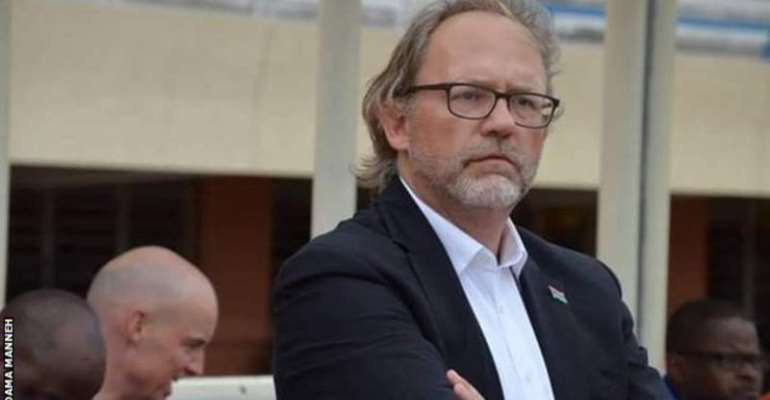 Gambia coach Tom Saintfiet says he will not beg players to represent the Scorpions.

He was responding to questions over players he omitted from The Gambia's squad for upcoming 2022 World Cup preliminary round qualifiers against Angola.

The trio all declined invitations for June's friendlies against Guinea and Morocco.

"I don't need to beg anyone to play for his country," Saintfiet told reporters during squad unveiling.

"If Steve (Bubacarr) Trawally, Hamza Barry and Modou Barrow wants to talk to me they can call me they have my phone number but I'm not begging them to play."

The trio are yet to future under Saintfiet, who signed a new two-year contract in June following the end of his initial nine-month deal.

Saintfiet has kept faith with the majority of the players who starred during the last Africa Cup of Nations qualifiers the doubleheader against the Palancas Negras, who have Pedro Goncalves as interim coach.

Team captain Pa Modou Jagne, Ebrima Sohna and Mamadou Futty Danso have all been included in a 23-man squad despite being without clubs.

Sampdoria's Omar Colley and Atalanta duo Musa Barrow and Ebrima Colley have all been selected alongside FC Zürich striker Assan Ceesay and Lamin Jallow who both missed the last matches due to injury and suspension.