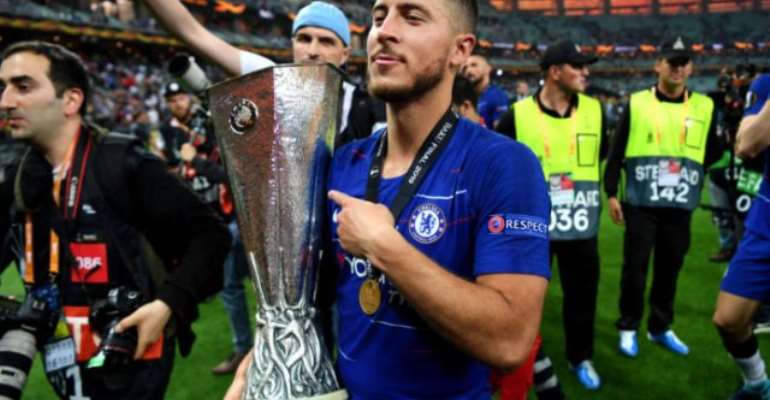 Former Chelsea star Eden Hazard has been named the 2018/19 UEFA Europa League Player of the Season.

The Belgian attacking midfielder, 28, finished well clear of former Chelsea club-mate Olivier Giroud and Luka Jović – now a team-mate at Real Madrid – to win the third edition of the award, which was announced during the UEFA Europa League group stage draw in Monaco.

Hazard was man of the match as Chelsea beat Arsenal 4-1 in May's final in Baku, setting up his side's second goal and then scoring the third and fourth himself to crown his farewell game as a Blues player before his move to the Santiago Bernabéu.

The last of his seven seasons with the Blues was one in which he made a number of key interventions; he scored 21 goals in all competitions and laid on 17 assists, statistics which earned him the club's Player of the Season prize in early May.