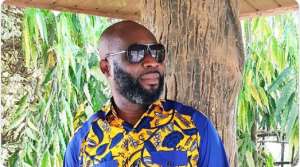 Criteria for selection of players to the various national teams have been engulfed with bribery and corruption for the past years.

This month's announcement of U20, U23 and Black Stars B rosters for the African Games, the 2020 Olympic Games qualifiers and the 2020 African Nations Championship qualifiers, respectively, was no exception.

"The things that we see in our football today, we shouldn't pretend people would just want to give money to certain journalists to hype players so they get called up to the national team [without reason] meanwhile they [players] cannot perform. These things must stop," Afriyie told Happy FM.

"Everybody must understand that Tamale City FC and Edusua Dwarfs FC players can also play for the national team. Can't you see the recent call-up?

"People are just working for their selfish interest, not for the interest of the country or the football in this country. If we did same, by this time we would be billionaires.

"Call-ups to the national teams is a complete joke because previously if coaches invited players, management subjects the list to scrutiny and you have to justify why you called a certain player and not any other player."

Arguably, the biggest national team bribery scandal remains an incident in 2009, when winger Ishmael Yartey publicly accused Ghana U20 coach Sellas Tetteh of omitting him from the final squad for the Fifa U20 World Cup year for his failure to pay a bribe.