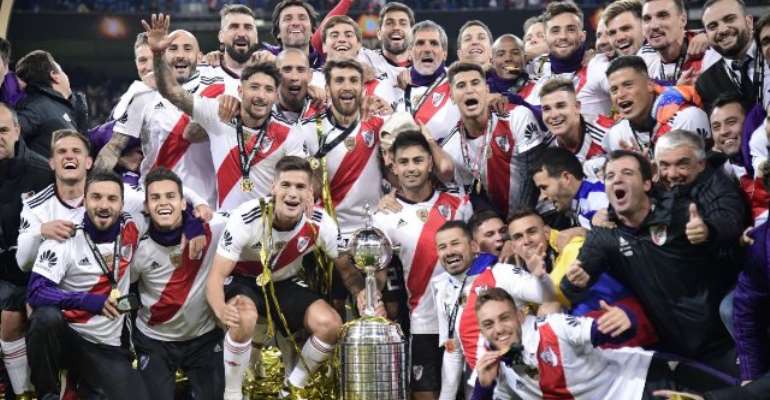 Boca Juniors and River Plate will renew their volatile rivalry after they were drawn to face each other in the Copa Libertadores semi-finals - months after their bitterly controversial final.

River, the reigning champions, beat Paraguayan outfit Cerro Porteno 3-1 on aggregate in the quarters to set up the rematch with their Superclasico neighbours.

Goals from Ignacio Fernandez and Rafael Borre had given River a two-goal buffer heading into Thursday's second leg.

But former Borussia Dortmund forward Nelson Valdez halved their advantage in Paraguay with a glancing header.

But Cerro Porteno were unable to complete the comeback as Nicolas De La Cruz blasted home seven minutes into the second half to secure River's passage.

Boca had earlier booked their place with a 3-0 aggregate win over LDU Quito of Ecuador.

River's Estadio Monumental will stage the first leg of the semi-final on October 1, with the return at Boca's Bombonera on October 22.

The winners will play one of Brazilian duo Gremio or Flamengo in the final, scheduled for November 23 at the Estadio Nacional in Santiago, Chile.

Last year, the second leg of the final was moved to the Bernabeu in Madrid after the Boca team bus was attacked by fans of River ahead of the second leg.

River prevailed in the second leg 3-1 after extra time to secure a 5-3 aggregate victory.