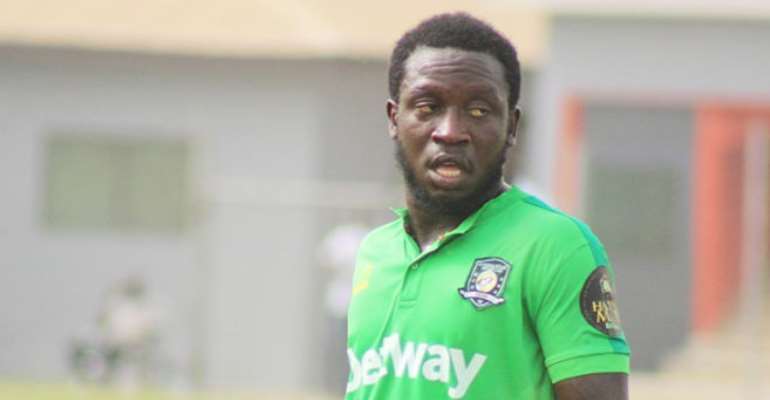 The rot in Ghana football was brought to bear following the premiering of the video last year June.

Following the airing of the documentary, domestic football were brought to a standstill but upon several consultations, a special competition was organized for the clubs from February to June this year.

However, the offensive midfielder adds that the investigative piece which saw football activities in the country being halted brought serious hardship on players since they are unable to feed their families.

“We can’t blame the management of Aduana Stars for the difficulties. The Anas exposé brought all these and has put players in a difficult situation,” Opoku told Kumasi-based OTEC FM.

“We will plead with the government and the NC to come to the aid of the players because we are in hard times.

“If it were to be an institution, they would have gone for demonstration but since we are players we can’t engage in that. As we speak, we have kids that we pay school fees, utility bills and others. It is a source of worry so the government should come to our aid because football is our full-time job,” he pleaded.

Opoku however, appealed to those responsible for managing football in the country to ensure that the local game bounces back.

“The Government together with the NC should put proper measures in place for the comeback of Ghana football,” he added.