Thomas Agyepong To Work Under New Coach At Waasland-Beveren 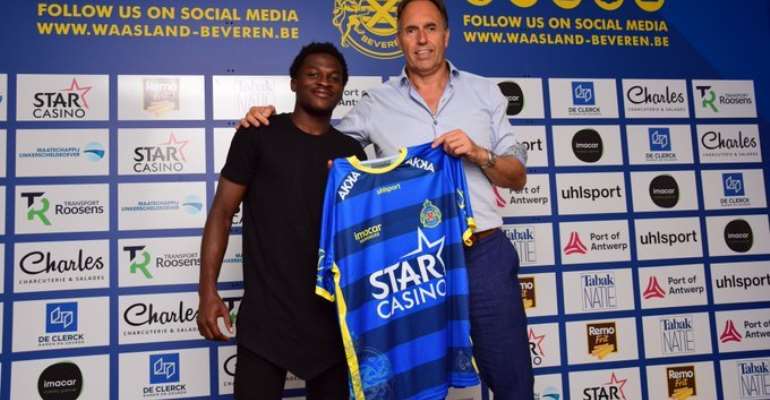 The Frenchman who was sports director at amateur side Seraing, replaces Adnan Custovic who recently saw his contract with the Jupiler Pro League club terminated.

Mercier willing officially unveiled by the club on Friday morning.

The name of Mercier popped up in recent last week as a successor for Custovic.

The 47-year-old Frenchman had been active in Belgium for a while at the lower level, as a coach with Boussu Dour Borinage, Seraing and KSV Roeselare.

Waasland-Beveren reported last Monday that they have ended their collaboration with Custovic. The 41-year-old Bosnian had to pay for the bad start of the season.

Custovic, a former player of Mouscron, AA Ghent and Germinal-Beerschot, took the helm at Waasland-Beveren in November last year.

Agyepong joined Waasland-Beveren on loan from Manchester City for the new season in the ongoing transfer and will now work with the new trainer for the 2019/2020 season.

The Yellow and Blue have an option to sign the pacy winger at the end of the season from the English champions.