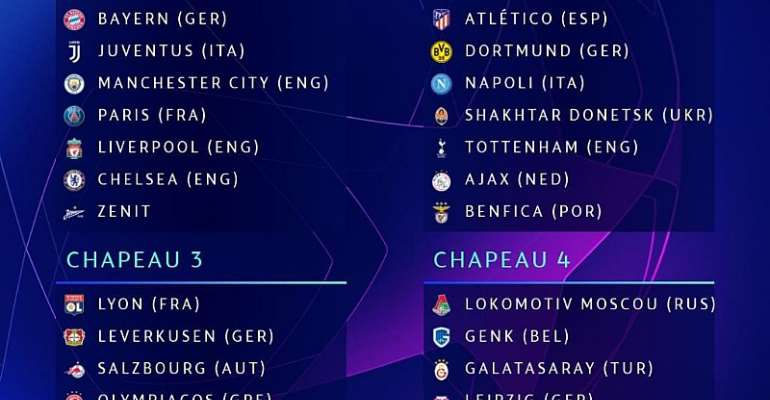 Joining PSG in Group A will be Club Brugge and Galatasaray.

But current champions Liverpool drew with Naples in Group E just like last season in the group phase, and they will be joined by Red Bull Salzburg, and Genk.

Tottenham has drawn to meet Bayern Munich in Champions League B group stage, and Olympiakios and Red Star Belgrade make up the rest of the group

Also from Italy, Juventus was drawn to compete with Atletico Madrid, Bayer Leverkusen from Germany and, Lokomotiv Moscow for the group stage.

Barcelona, Dortmund, Inter Milan and Slavia Prague will be fighting it out in their group stage.

Chelsea to face Ajax in group stage matches with Valencia and Lille.

And rounding out the draw, group G consists of   Zenit Saint-Petersburg, Benfica, Lyon, and RB Leipzig.