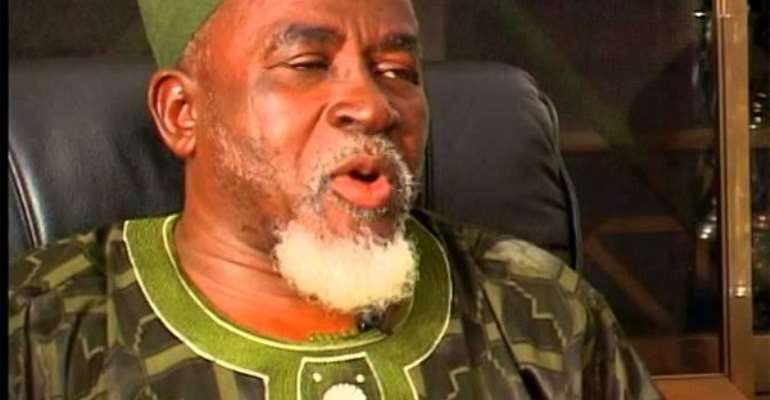 President for division one side King Faisal and Ghana Football Association presidential hopeful, Alhaji Karim Grunsah has sarcastically reiterated that his lack of formal education should not in any way affect his chances of becoming the next Ghana FA president adding that he speaks better English than CAF President, Dr Ahmad Ahmad.

“It is not true that I haven’t been to school. I went to an Arabic school. In any well-organized meeting, there are supposed to be translators who don’t speak either French or English or whatever language is being used at the forum. Former CAG President Issa Hayatou doesn’t speak fluent English, current CAF boss Ahmad Ahmad doesn’t speak fluent English but they are running affairs. In fact, I speak better English than Hayatou and Ahmad. This is why I am calling on delegates who are going to vote to consider me for the top job,” Grunsah said to reporters in Kumasi over the weekend.

The likes of Fred Pappoe, Kudjoe Fianoo, Nana Yaw Amponsah, George Afriyie have all declared their intention of vying for the top seat.

On September 5, club administrators will go an Extraordinary Congress to either adopt or reject some proposed changes that the Normalisation Committee deems imperative for the reformation of Ghana football.

That Congress will to a large extent pave the way forward for the NC to start the process of handing over the running of football to the main actors, often referred to as ‘football people’.