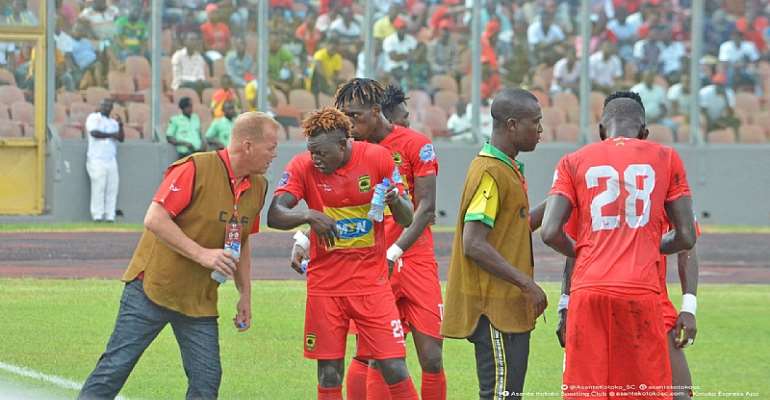 Kjetil Zachariasen, head coach of the Asante Kotoko has insisted that sticking to the club’s philosophy of attacking football will guarantee their qualification to the next stage of the CAF Champions League.

The Ghana Premier League side crashed out of Nigerian side, Kano Pillar on a 4-3 aggregate to progress in the continental campaign.

The Porcupine Warriors will play Tunisian side Étoile Sportive du Sahel in the next round of the competition.

And according to the former Ashgold trainer, the Tunisian side are a good side and he believes sticking to Kotoko’s game plan will pay off in their engagement.

And responding to their game plan as guests in Tunisia, he mentioned that they would go there to play their ‘normal’ game.

The Norwegian coach said after the Pillars game, “Étoile du Sahel is very good team especially at their home, so Kotoko would go there and play our game because we believed in what we are doing and we are going to look and play like Kotoko.

“Our philosophy is very clear that we give everything from training. The players are reacting well to the training but we still have to improve in our capacity as a team.

“We played very offensive football because Kotoko should play attacking football and we also played offensive in our backline. We want players who can win the ball, so I’m happy with the performance so far,” he added.

Kotoko would host the Tunisian giants who eliminated Hafia Club of Mali 8-3 on aggregate in the first leg of their last round of the preliminary stage in Kumasi.